The best even better ”Tweagle td” 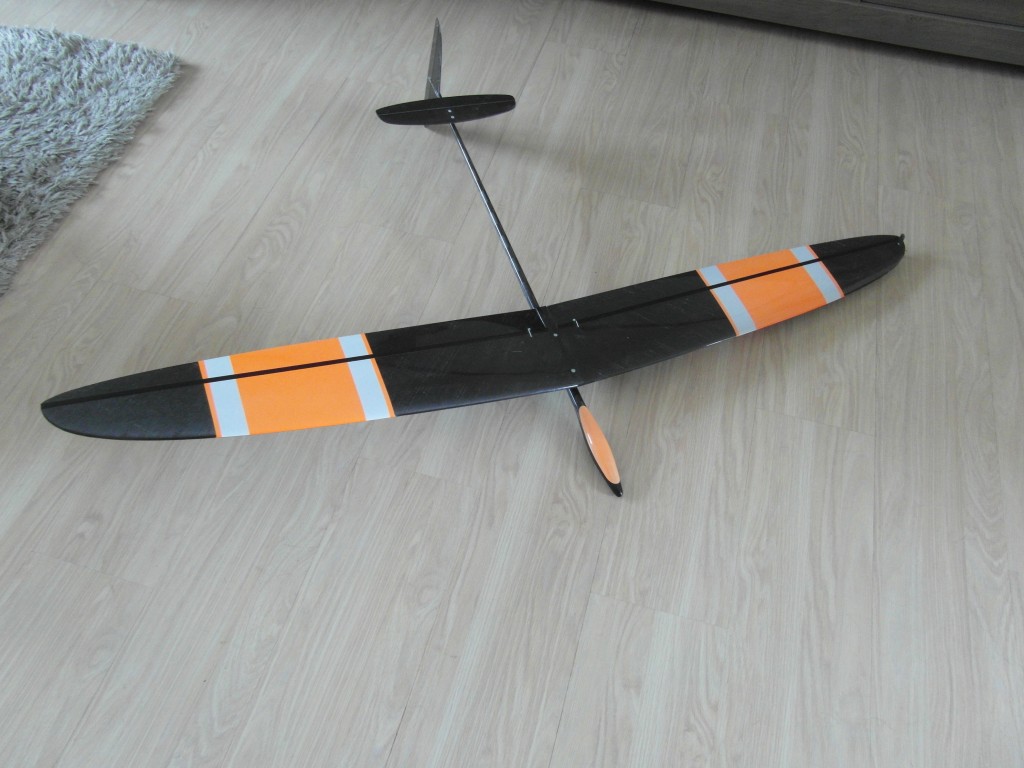 So, is this just another DLG?

Well yes but the goal was to make the best DLG on the market. The plane thats sets the bar. The original Tweagle was already very good and was on par with f.i. the Snipe and could be flown slightly lighter in wind. The disadvantage was that the aileron connection was a bit hard to connect on the field. No problem for me and most guys that never take a plane apart but for those that do it was a real disadvantage. With the new Tweagle td those problems belong to the past. The aileron servo’s are moved to the wing (td stands for top drive) and there is place to build in a small connector or if you don’t take your plane apart just lead the servo cables in front to the receiver. The wing is connected with two screws and can be mounted in just a minute. To fit the aileron servo’s, a new wing mold was necessary. The root of the wing was thickened slightly to make place for 8 mm servo’s but the main difference is the fuse that went on a severe diet and lost almost one third of its total surface. 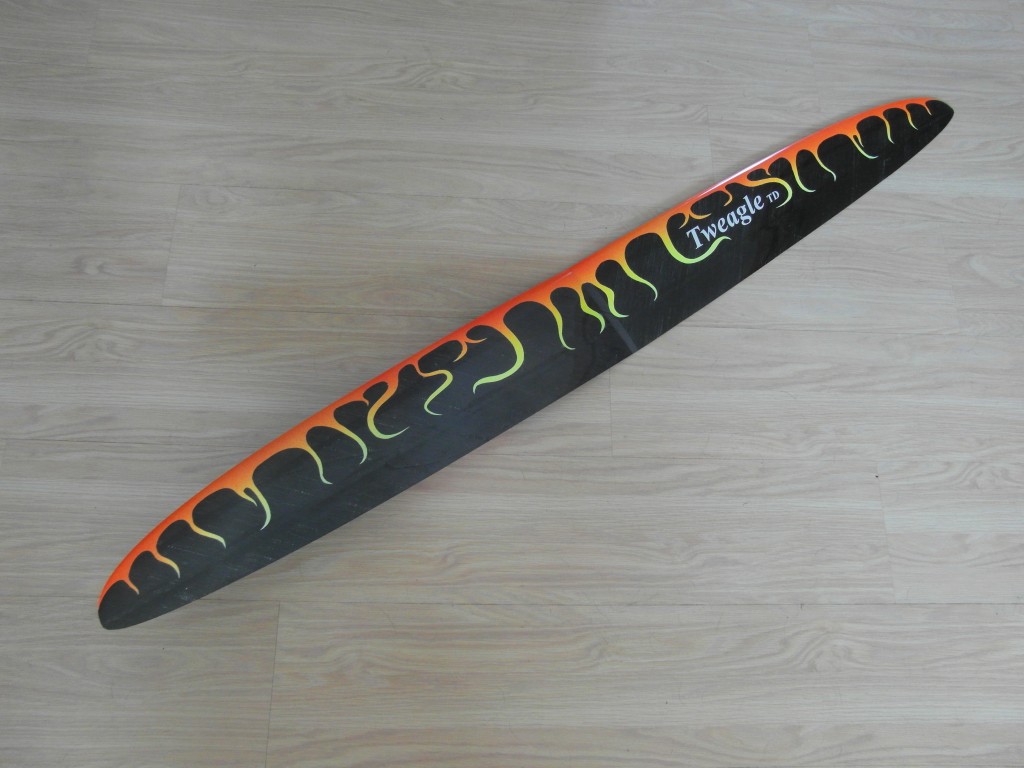 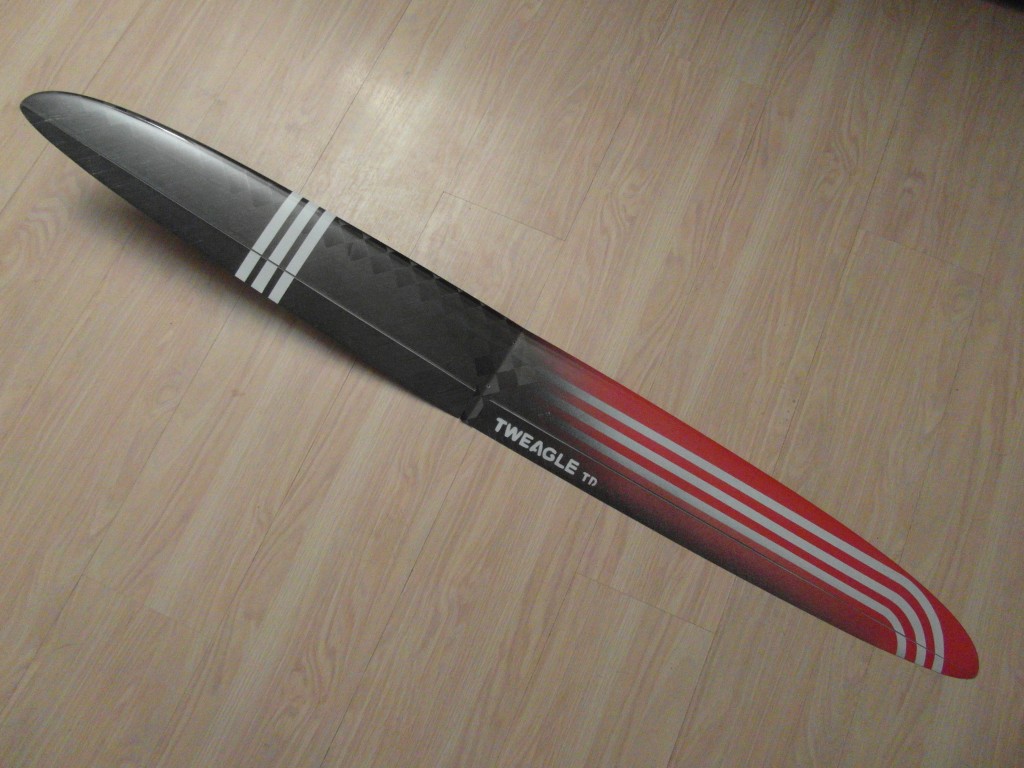 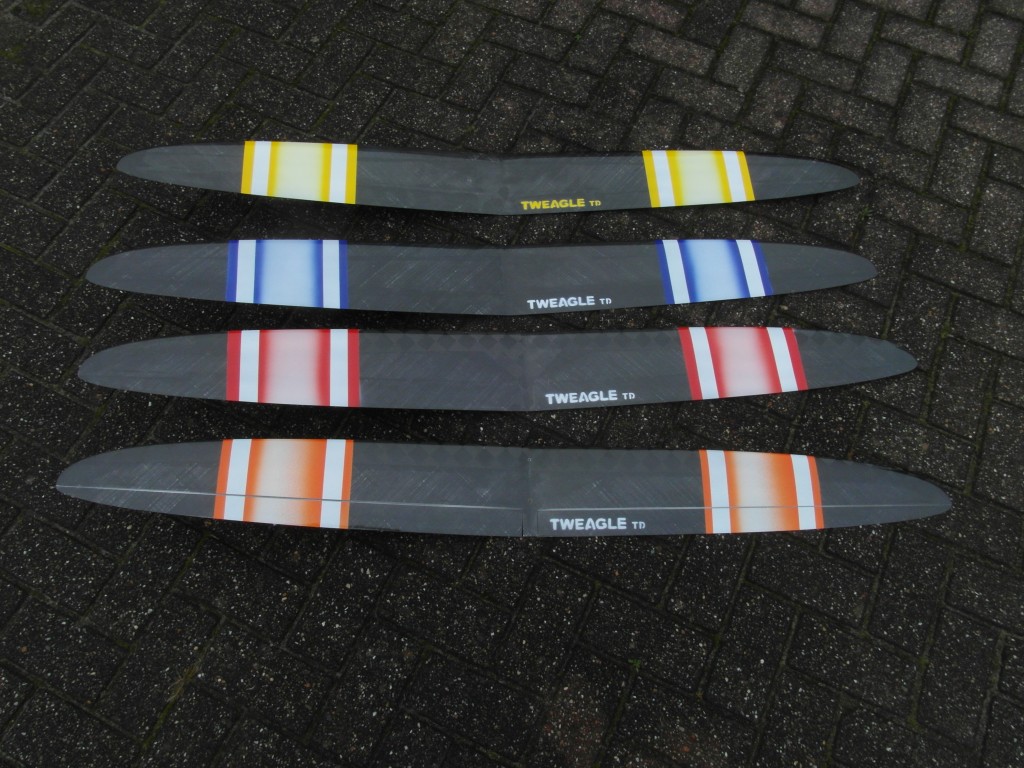 Pink and green will be available also

The wing sections stayed pretty much the same. The wing as it is has very low drag at launch and in glide and a very high CL max (lift) at higher cl’s giving the plane the ability to turn tighter and more economical than f.i. the same wing with zone sections. It also handles turbulence a lot better. The only change is the root were the first 5 cm are thickened by a couple of tenth of a mm to fit 8mm servo’s. Just 5 cm from the root transition starts over the next 2 cm towards the original wing sections. Hardly visible. Only when you blink the wing in the light you can see the differences. 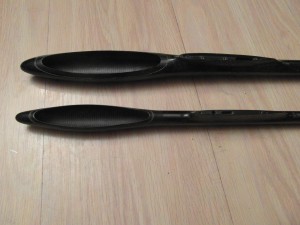 After reading an article from Mark Drela about fuselage drag it was clear that it is the fuse were the most profit was to gain. Directly behind the thickest point of the fuse the airflow will always be turbulent and can have up to 6 times the drag that laminair airflows have. Any decrease of surface there would decrease drag up to 6 times more as decreasing wing surface were the airflow is mostly laminair. So the fuse was redesigned completely. 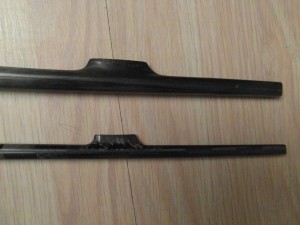 The wing pylon became even smaller and a carbon fibre 5 mm round piece is fit in to make sure the wing sits sturdy on the fuse. Keeping the wing completely out of the turbulent airflow from the fuse decreases drag drastically. The stab pylon lost half of its length and half of its width and became just big enough to receive the screws were the stab is mounted with. On the top a thin carbon plate to make the bed a bit wider to make sure the stab is mounted sturdy enough to handle power launches. 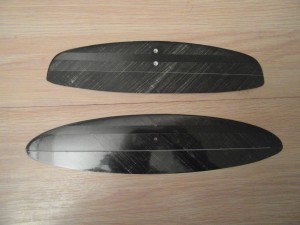 With the original Tweagle I already started experimenting with smaller stabs. Since the Tweagle has a wing that can provide very high lift with very little flap the need for a big stab is really not there and test shows that a smaller stab has not only advantages in glide but also during launch especially at the push over. Bigger stabs have normally a larger CG range where the plane can be flown in but with bigger stabs I often noticed that the CG with maximum glide needs to be a bit forward of the CG range were the best climb is at the back end of the CG range. With the smaller stab the CG range becomes smaller but that proved to be a good thing since the best glide and best climb share the same CG and the plane pretty much always flies at its optimum once the CG is set. Just 0.5 gram in the nose seems to be enough at very turbulent days to make the plane fly like a dream. 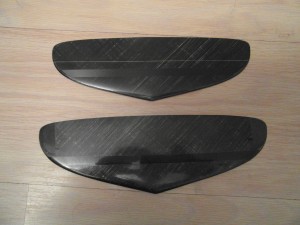 The vertical also went on a diet. Since the wings were already light. The fuse lost about 10 grams. The horizontal lost some weight and the vertical also, inertia became smaller and the need for a big vertical was not there anymore. Surface went down to about 1.6 dm2 which is small but proved to make some extremely good launches.

Best thing of all this dieting is not even the launch which improved by a good margin but the glide that got the best deal out of it. With the new fuse and the small stab the CG went from 67/68 to 74 mm. With this CG and the low overall drag the glide is improved by not just a little but somewhere in the 25 to 30% margin which is a guestimation but not an exaggeration. The Tweagle td is a lot faster than the original Tweagle with the same weight and can be flown 30 to 40 grams lighter. My 210 gram plane handles already some decent wind. At 230/240 it’s good in some stronger winds and I never needed to fly it more heavy than 270 gram over the hole season. Yes, the Tweagle td is flying around since last June and already won the Dutch championships which is a series of 8 contests. Especially in the last contest where the circumstances in the afternoon became windy with weak thermals the td stood up and proved to make the difference.

The Tweagle td will come in 2 versions.