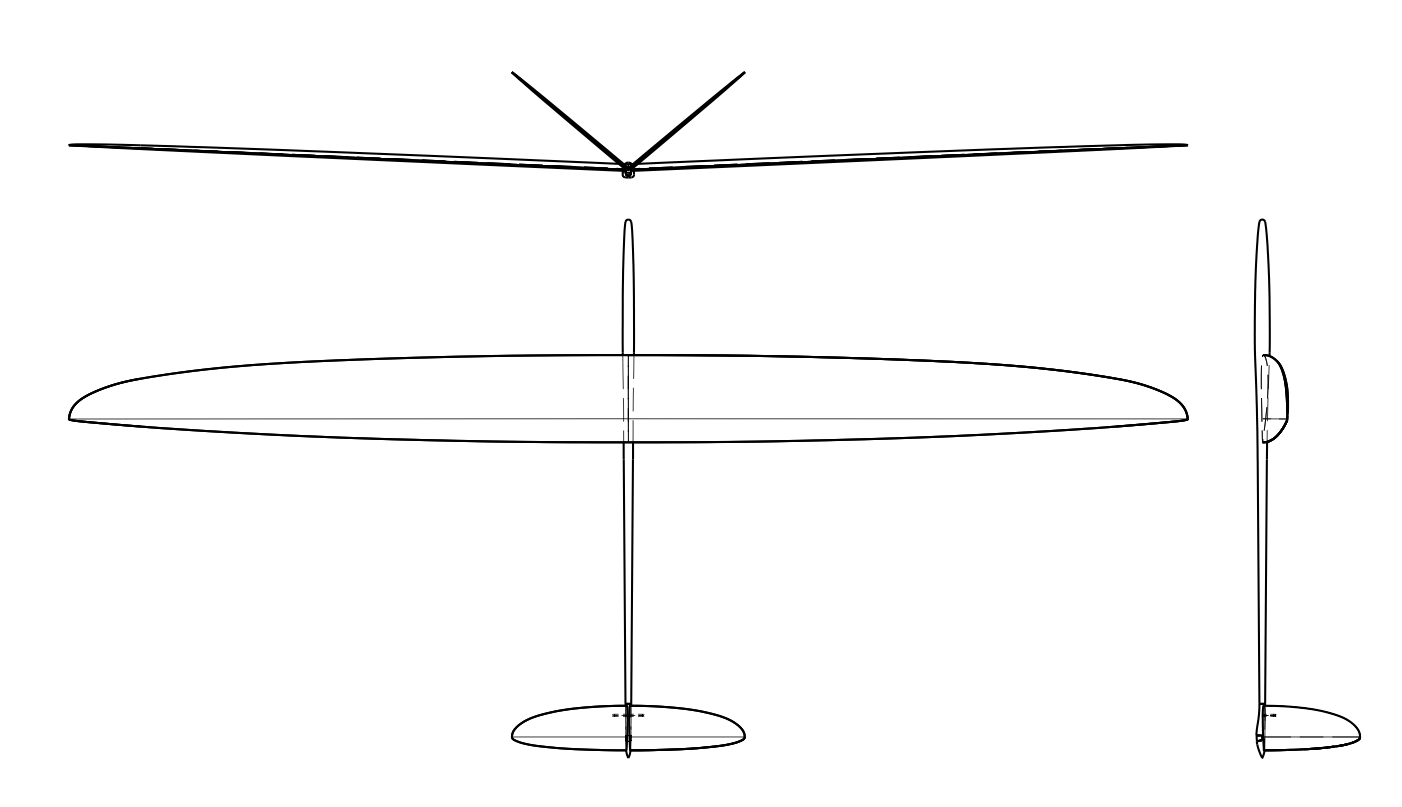 I have been active in handlaunch and F5J the last years but one of my big loves was always F3B. In the nineties I flew F3B for several years with some good succes but a lack of time for training together with the costs made me decide to give up. In 2015 the world championships F3B were in the Netherlands and I took the chance to go to see a couple of days and fell in love again with F3B. Shortly after that I bought a Baudis Jedi. Truth is that I didn’t like the Jedi very much. It was hard to make a good start with it and during my first thermal flight I almost crashed the plane because of a nasty tip stall 2 times in a row. 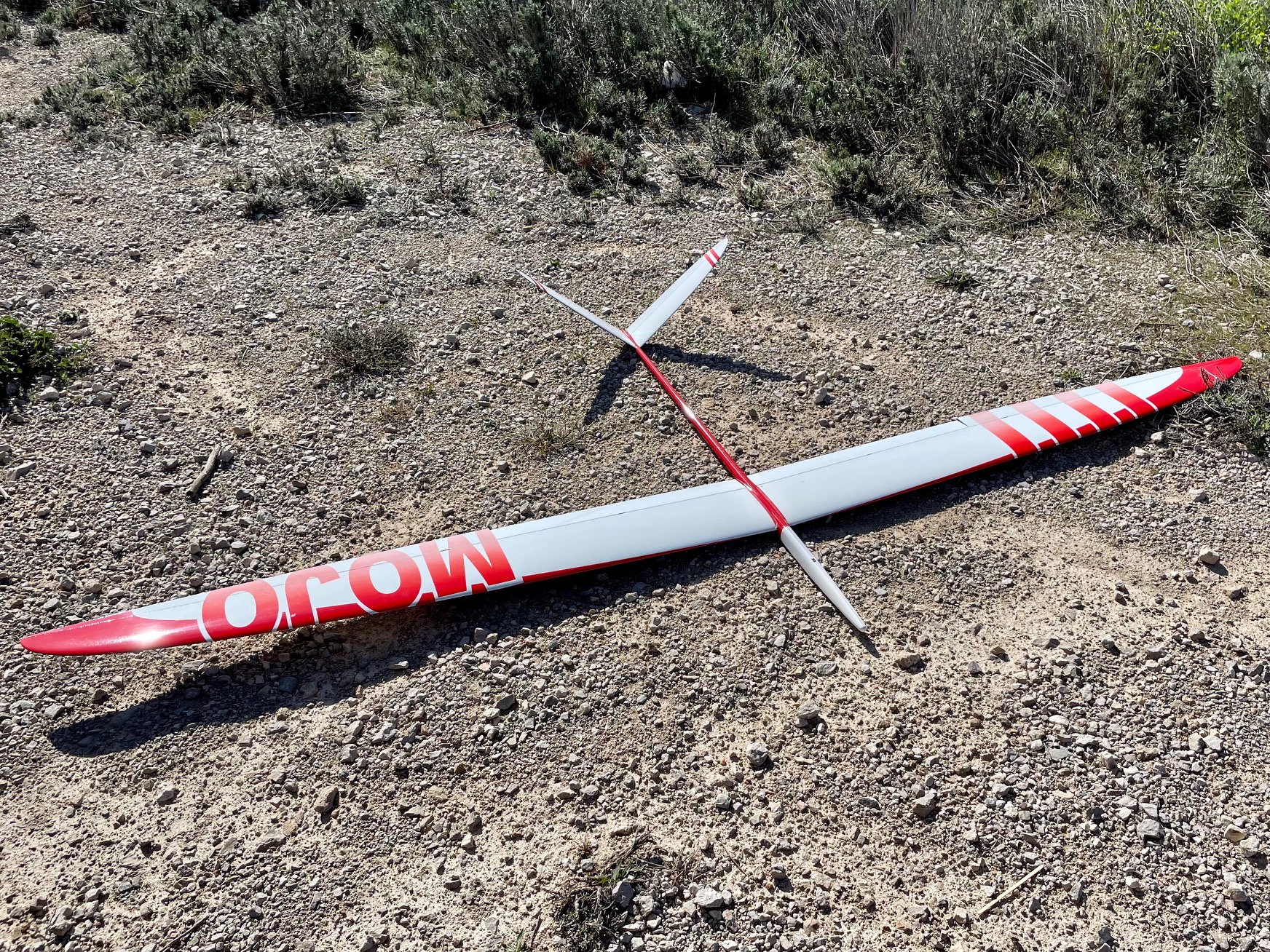 Since then I started playing with XFLR 5 every now and then to design my own F3b plane. This mostly came to a halt after a couple of weeks/months every time to be picked up again after a long brake. Mainly because I was not sure if there is a big market for those models and I am not planning to start F3B contest again. But I got kind of excited about the project because F3B is so demanding on the model with the 3 different tasks thermal, distance and speed and of course the most important of all the launch that it kept on intriguing me and I kept on coming back on it.

So finally I gave it a go and see were it ends. 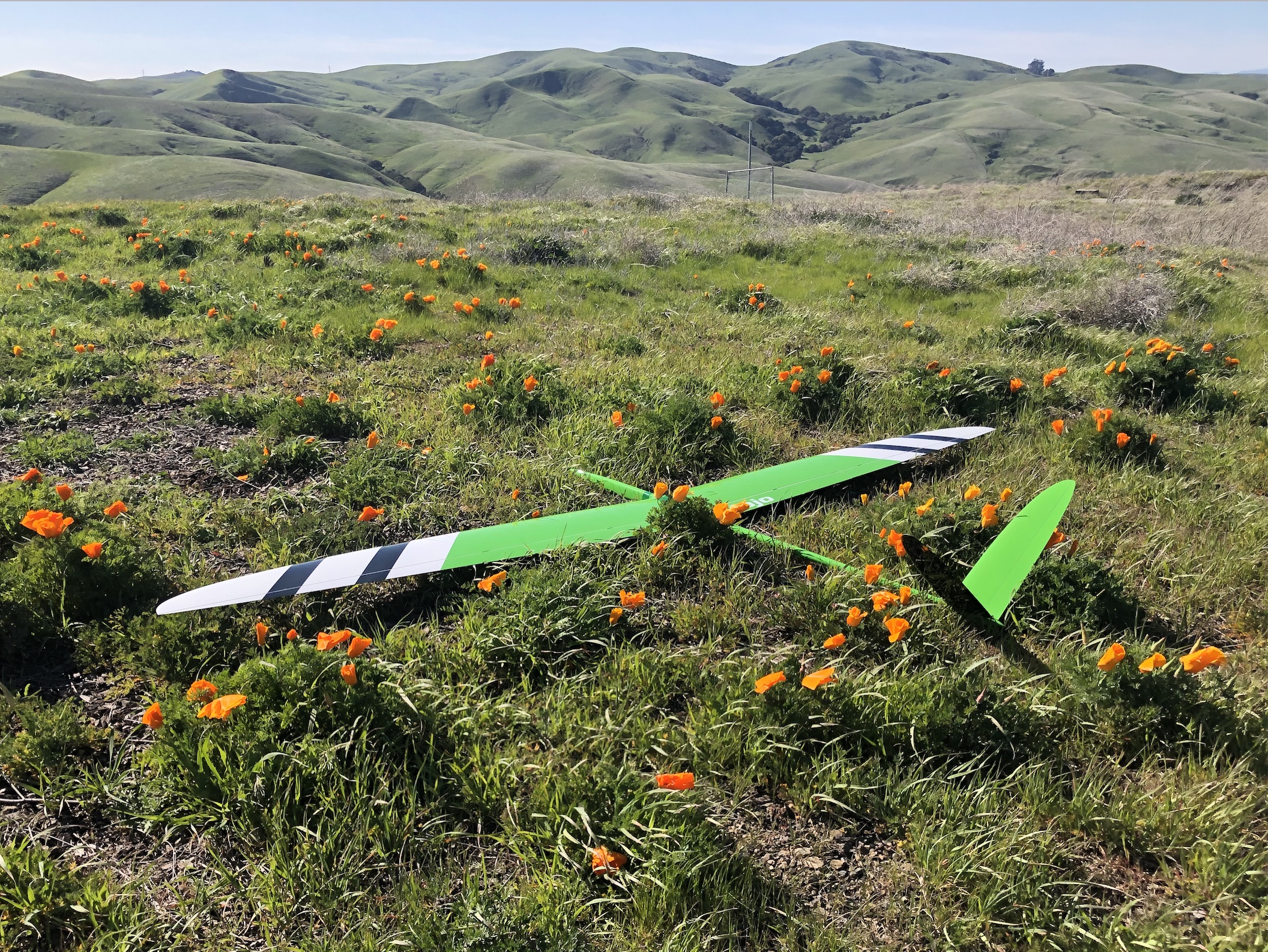 A couple of points were I think a good F3b plane should make a difference. 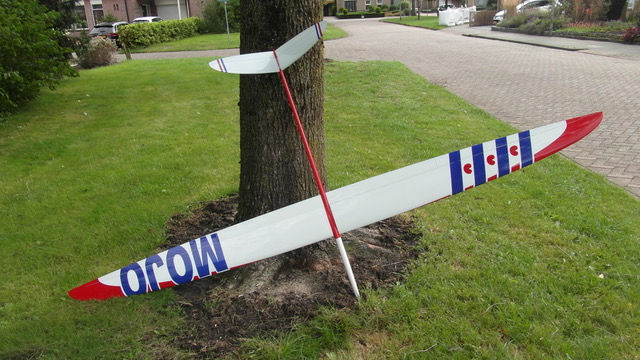 At the previous mentioned WC I witnessed a couple of distance rounds where the wind was blowing in the back and a big thermal was growing just behind the turnarounds behind base B. Those guys who could make a decent start in those circumstances could fly straight into the thermal and thermal there for 3 minutes before to start there distance task. Others fell out of the line for 2 times in a row and had to make a third start on the other course to have some height. They were not able to go to the thermal because they had to fly past base A and time would start. Big differences in scores were made there.

At The time when I flew F3B I flew with a wing from a challenger from Frans van Peer and Ben Ros. This wing had the wing section from the Fletcher (Frits Donker Duyvis). The wing was mounted on my own design fuse with V tail. It was fast, did a very good distance and started reasonable OK. Some of my friends had build their own molded plane. This plane was kind of square with a straight center section with 230 mm short and single tapered wingtips with 3 meter wingspan. This plane out launched everything by a big margin. Even fully ballasted it started extremely high and was very fast also. It also was very good in the thermal task This plane called the Smelleken had the SD7003 wing section all over its wing.

After analysing this wing section a couple of points came out:

From this section I learned that on my F3B plane the starting polars should be as close to or match the ones from the SD7003. To me to get the high speed drag down and get the distance right.

After a good amount of time I came up with a profile series that looked very promising. The good starting abilities I wanted seems to be equally good as the SD 7003 and distance was also very promising. The speed was on par with other good planes/section. Looking at the lift distribution at high speeds it was clear that at the wingtip the wing actually generates negative lift. This is a phenomenon which occurs normally with every F3B/F wing at high speed which leads to wingtips that bends down but also creates additional drag. 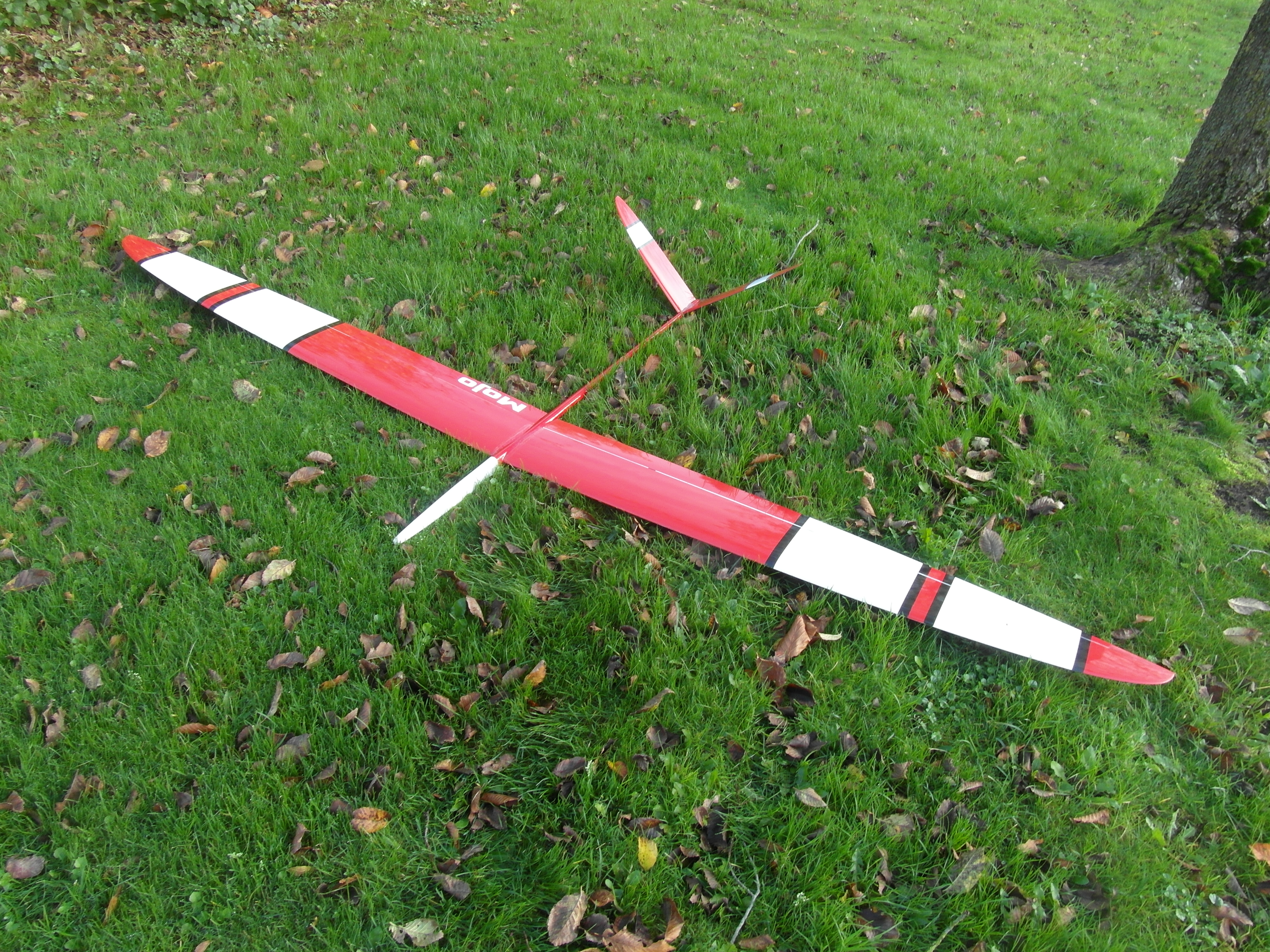 Problem is that at the root with the higher Re numbers and the slightly higher camber the profile needs to see a slightly negative angle of attack to fly at low CL’s (0.03-0.05).

Close to the wingtip with Re numbers half or even less the wing does almost need any negative angle to fly at CL 0.0.

There are a couple of ways to overcome this problem:

Stil number 3 kept going on in my head and I had to figure out a way to make this work. 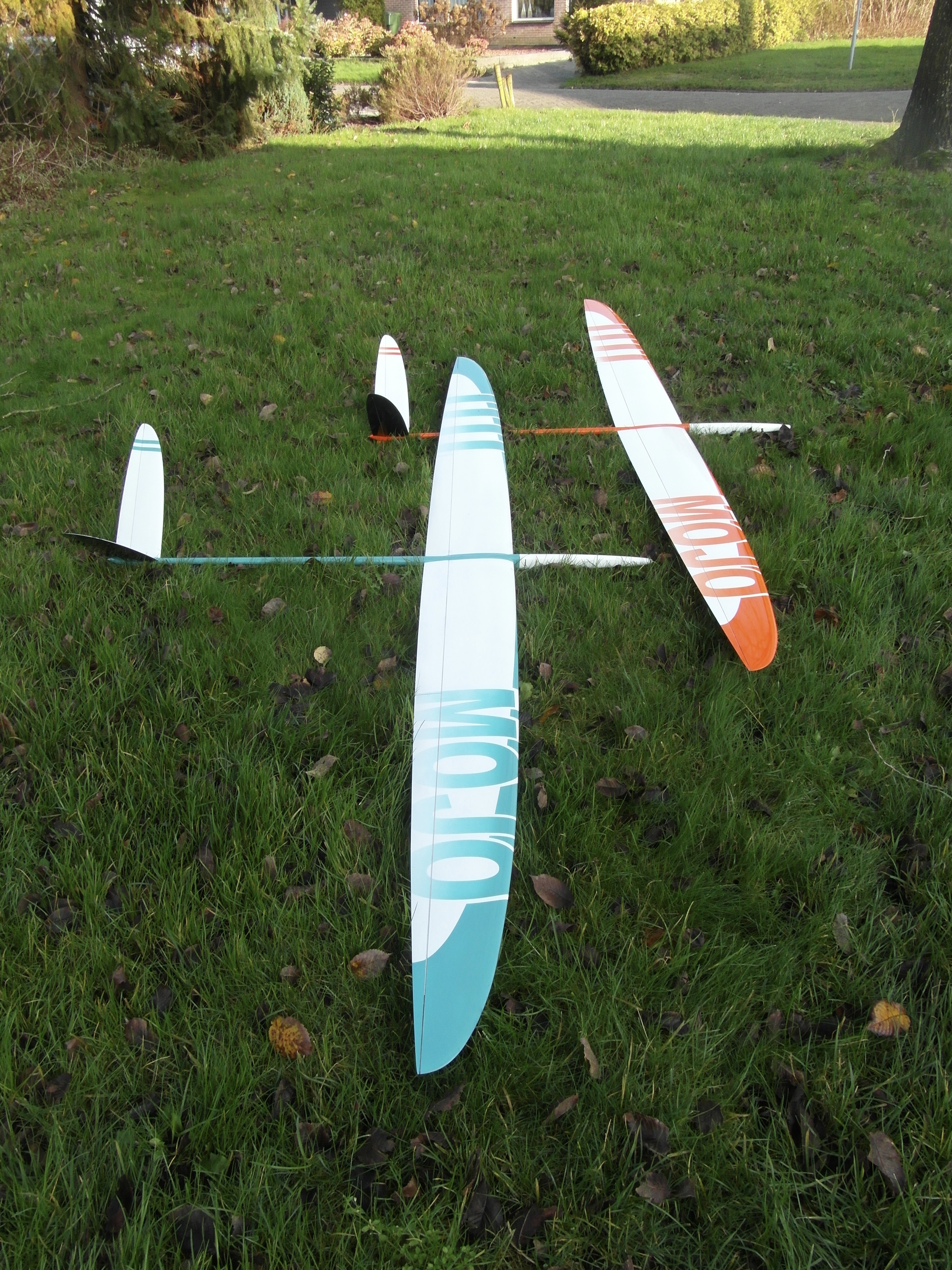 The idea finally came to develop series of profiles that allow me to fly speed with wash-in but as soon as the elevator was used i.c.w snap flap that the wash-in was gone and even became wash-out. This was done by increasing the amount of flap at the root and decreasing it towards the tip. When flown with 1.5° negative flap the wing wil create a wash in at the wingtips of 0.4°. It doesn’t look like much but together with the sections modified for the changed flap percentage it gave a drag reduction of 5% for the wing at high speeds. At slower distance (flaps at neutral) glide stayed the same but in thermal mode and start mode performance also became slightly better because of the wash-out. In al three flight modes the wings stays as elliptical as can be.

At high speed turns drag should also be reduced.

The biggest problem here proved to be the root section flying with -1.5° of flap and stil have the lowest drag at the low CL’s 0.03-0.05 but I managed to get it done.

Does this flap reduction towards the tip come with a penalty on rolling? Well yes but a lot less then was anticipated. A slightly smaller flap with a bit more throw actually has less drag then a bigger flap with les throw to create the same amount of lift for rolling. So rolling should stil be Ok. 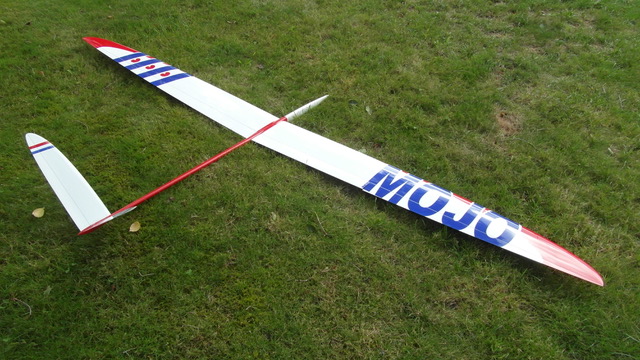 By now I got really excited by the project and decided to go for it.

A fuselage was designed and some V tails. The fuse was kept to the absolute minimum.

The boom is thinner then any existing models. To know if this was possible I actually made some F3b lay ups in my F5J El Niño fuse to test for bending and torsional stiffness.

Almost 2kg of brass ballast can be put into the wing with a bigger chamber behind and a smaller chamber in front of the spar to keep the CG at the same spot.

The model itself is kept slightly smaller as most models with just 52dm2 of wing surface .

The wing had to have a slightly higher aspect ratio for good speed turns but not to much wingspan so that it would roll stil very fast. With 2890mm wingspan is should launch as good or better as most models with higher wing loading and be very fast. The plane should also work very well in F3F. Because the wing is build in cruise / distance setting its low drag bucket at high speeds is actually around CL0.2 with is perfect for F3F. 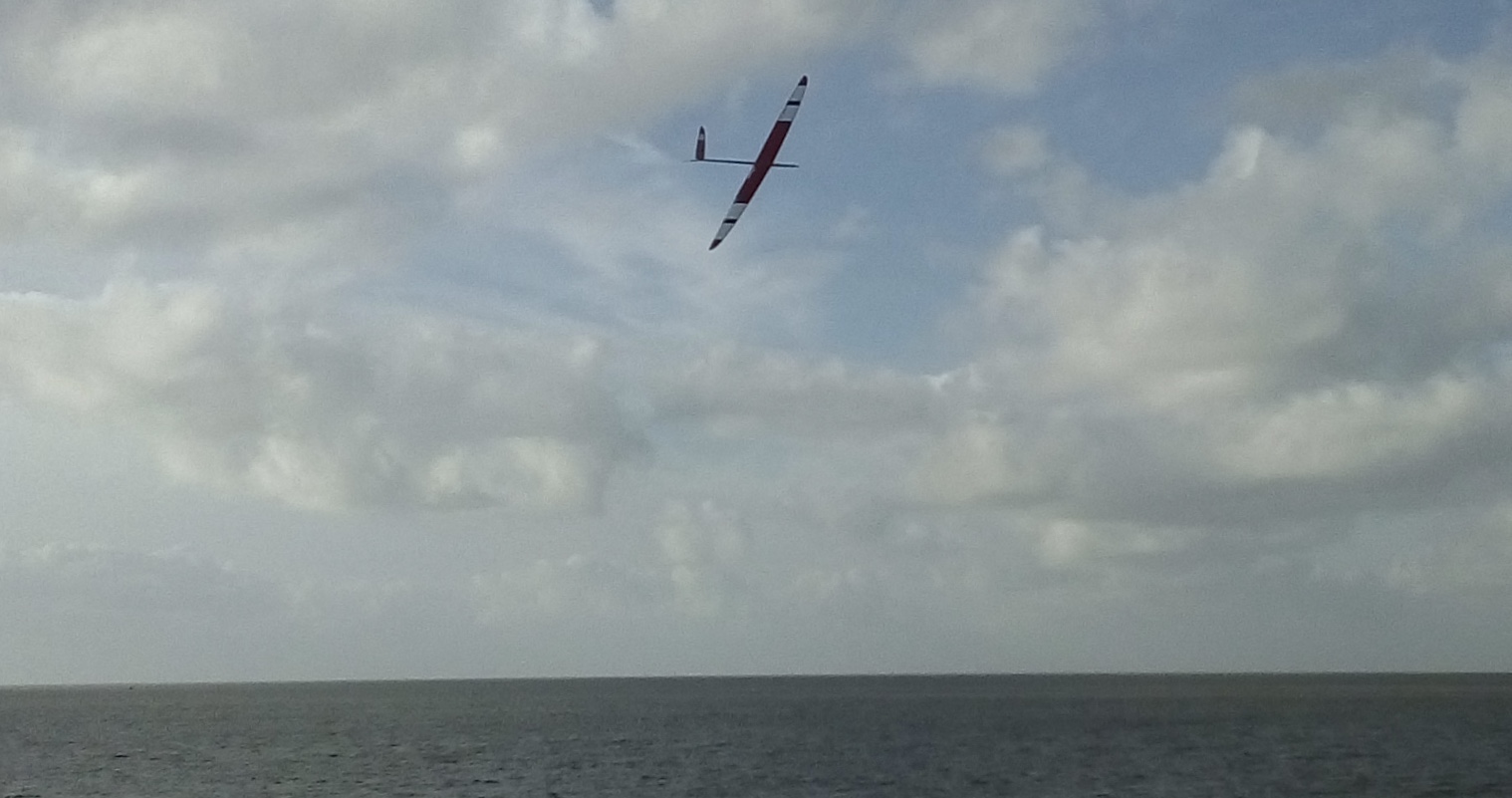 By now the plane is flying for about 4 weeks and a couple of things are very clear:

Until now I had only once the chance to fly it on the slope (seabank) with not to much wind but impressions were good there also.

To build the best possible F3B/F Glider we did lots and lots of test with different hardshell layups. We took the best layups to create some light but very durable gliders.

As for now we have 2 versions available:

A Storm layup with extra spar and or extra skin is possible on request.
All versions are fully capable of handling F3B winch launches.
Al versions can carry about 2000 grams of Ballast.
Ballast can be ordered separately.